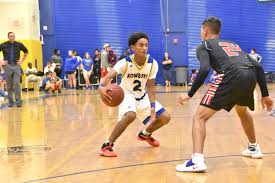 We finalize our look ahead at Thursday’s regional first round action Class 7A thru 9A.

District Upsets: Pensacola Washington and Punta Gorda Charlotte were surprisingly knocked out of competition in the district playoffs.  In the Tampa Bay area, it was a bit of a surprise that King got pass Armwood to reach the district finals.  There was a major surprise in District 13 as both Sebastian River and Okeechobee, the top two finishers in the regular season, failed to advance.  It also seems unusual to not have Dillard in the playoffs.  The Panthers had won two straight Class 7A titles but won’t get the chance to defend their crown this year.

Toughest Region: We think Region 4, with five of the top twelve teams in the classification, holds the most challenge for the eventual winner.  Norland (#2) had been to Lakeland on a seemingly annual basis but Northeast (#5), Doral Academy (#6), Carol City (#7), Boyd Anderson (#12) and the other opponents in that region would certainly like to change that.

Best Opening Matchup: On paper, the game between Doral Academy and Carol City looks very competitive.  Doral is at home and sports the better overall record at 27-2 but Carol City has faced a better overall schedule and should be ready for the rigors of the road.

Best Chance for an Upset: There are a couple that stand out, most notably Daytona Beach Mainland at Auburndale.  Mainland had been undervalued all season long and an upset loss in the district final to Deltona should certainly spark them to a solid performance at a tough place to play in Auburndale. Crestview at Pensacola and Columbia at Jacksonville Englewood also could yield surprising results.

District Upsets: At the top of the classification in the Panhandle, both Gonzalez Tate and Navarre were surprising eliminations in district play.  Ocoee, #7 seed in District 5, upset the #3 and #2 seeds to reach the final and regional play.  Tampa Bay Tech surprised Plant City in the District 9 final while both Lakeland in District 7 and Sickles in District 8 were knocked off in their respective semis in a bit of a surprise.

Toughest Region: Region 3 has six teams in the Top 25 which should yield some close games on Thursday.  The Countryside/Plant City game along with Riverdale at Lakewood Ranch are contests where both teams are ranked.  St. Pete, which has tailed off a bit since their feisty face-off with national power Oak Hill now must win out on the road.

Best Opening Matchup: Tampa Plant heads up I-4 to Winter Haven for a game between two teams that have surprised all season.  Plant suffered a bit of an upset in losing the District 8 final while Winter Haven has at times put forward puzzling performances. This game may separate a pretender from a contender.

District Upsets: Two stunners were the elimination of Miami Palmetto and Lake Worth.  Both were considered a Top Five team in the state.  Also down south, Southwest ousting Coral Gables in the district tourney was a surprise.  For the most part, the district tournaments played out as expected.

Toughest Region: Region 3 covers Palm Beach and Broward Counties and generally gets little respect compared to the Central Florida and Miami-Dade schools.  However, this time around, seven of the eight schools are considered as Top 25 programs heading into the regionals.  At the top of the list is Wellington, the only undefeated team in the playoffs regardless of classification.  Delray Beach Atlantic, a pre-season favorite, has started to find their groove while Coral Springs and Deerfield Beach have each been undervalued all season long.

Best Opening Matchup: Vero Beach comes calling to defending state champ Osceola Thursday night and the Kowboys better be ready.  The Indians have had a somewhat quiet resurgence this season and pose a greater challenge than many of the Osceola faithful may expect.

Best Chance for an Upset: Boone heads to Apopka in what could be a trap game for the Blue Darters.  Boone has been on a roll since senior Sean Halloran returned from a broken hand and one of those wins is a victory over Orlando Oak Ridge, the prohibitive favorite in Class 9A.  Boone will slow the tempo down and most likely the first to reach 40 (if they get that far) will advance.