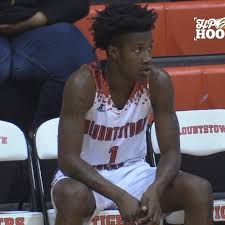 The various district tournaments are over and the fields for the regional rounds in each classification are set.  Time to take a look at what took place and what lies ahead this coming Thursday.

District Upsets: Cottondale, the #3 seed in District 2, took out #2 Holmes County in a bit of a surprise.  In District 4, Franklin County surprised Bozeman in a 2 vs. 4 matchup.  That same scenario occurred in District 7 with Dixie County taking out Trenton.

Toughest Region:  Region One has four of the top ten teams in Class 1A in Blountstown (#4), Laurel Hill (#6), Cottondale (#7) and Bethlehem (#9).  There will be no easy games in this region over the next week and no matter which team survives, they will have no doubt earned their trip to Lakeland.

Best Opening Matchup: District 4 winner Port St. Joe hosts District 3 runner-up Chipley on Thursday night.  While the programs aren’t at the same level as they were a few years ago, the matchup is still overflowing with tradition.

Best Chance for an Upset: Cottondale travels to Bethlehem in Bonifay.  Of all the matchups of ranked teams on Thursday (six of the eight games), this one appears to be the closest on paper.  We consider an upset to be a road team winning or a team ranked at least four spots lower pulling out a win.  Cottondale has a solid chance of stealing one on the road.

Toughest Region: Region 3 in Central Florida features three of the top five teams in the classification with Orlando Central Florida Christian Academy (#2), Melbourne Florida Prep (#3), and Lakeland Victory Christian (#5) all vying for a spot at the RP Funding Center.  Master’s Academy out of Vero Beach is considered a top twelve team as well.

Best Opening Matchup: Miami Schoolhouse Prep heads to Boca Raton Grandview Prep on Thursday night and it’s a case of the new kid on the block taking on the established program.  Schoolhouse Prep is considered to have played a stronger schedule but Joe Dawson’s team is always well prepared come playoff time.

Best Chance for an Upset:  Looking over the schedule of games for Thursday night, there isn’t really a contest that jumps out where a home team should be concerned or a higher ranked team on the road faces a challenge.  Expect that status quo to remain after all the games have been completed.

District Upsets:  There were a few that took place in this classification.  Orlando Faith Christian got knocked out by Mount Dora Christian in the semi-finals on their home court.  Miami Beach Hebrew Academy and Tallahassee St. John Paul II, both fell in the semi-finals of their respective district tournaments.  First Baptist Academy of Naples defeated Fort Myers Canterbury in the district final.  Canterbury had been unbeaten in district play up to that point.

Best Chance of an Upset: We don’t really see one in this classification, though we think Mount Dora Christian and Fort Myers Canterbury, both highly ranked teams, can win on the road later this week.