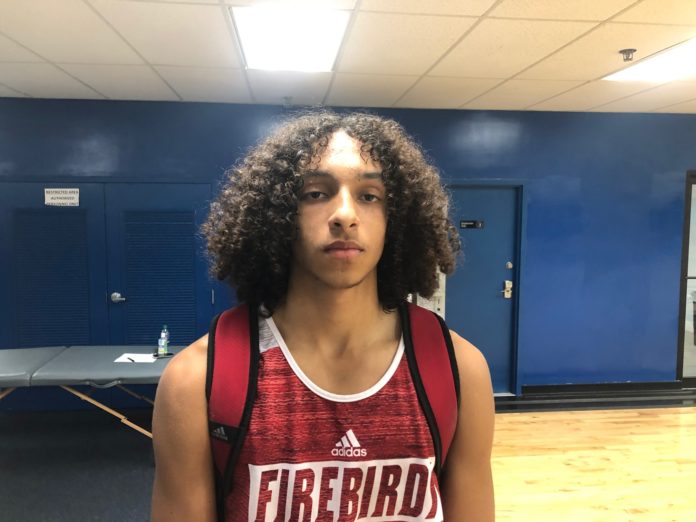 Doral Academy 2020 shooting guard Devin Carter announced Friday that he will take a post-grad year at Brewster Academy in New Hampshire before then signing with the University of South Carolina in 2021.

“For the class of ’21, I am going to be going to South Carolina,” Carter said Friday.

The 6-foot-4 Carter, one of the top 2020 prospects in the state of Florida and the son of Miami Heat assistant coach Anthony Carter, said the Gamecocks’ coaching staff and lure of playing in the Southeastern Conference pushed South Carolina over the top.

Carter averaged 29.2 points, 8.5 rebounds, 2.5 assists and 1.5 steals as a senior. His season was cut short due to a shoulder injury and he underwent labrum surgery in February.

Carter was the FHSAA Class 7A Player of the Year as a junior in his first season playing in South Florida after moving from Colorado.

He said East Carolina finished runner-up in his recruitment and Cal was third.

“East Carolina — the coaches — they reached out every day, day in and day out,” Carter said. “That was a big part of why they were second. I stayed in contact with them the whole time throughout the whole process. I ended up telling them the day before yesterday that I was going to South Carolina and that I appreciate them for reaching out and recruiting and wished them the best.”

Carter said he plans to use the post-grad year at Brewster Academy to fully recover and get stronger. He joins former American Heritage-Plantation and Sierra Canyon guard Zaire Wade in Brewster’s 2020 class.

“My shoulder is 95 percent mobility-wise — like range of motion,” he said. “I should be back on the court around late May and hopefully doing contact stuff real soon.”

Justice has excellent size at 6-feet-5. He averaged 18 points and 6 assists at PHS.

“The first thing the head coach said to me was that he felt I was a natural point guard,” Justice said. “Said he loved my ability to pass, shoot and create for others at my size. Said that my game with the right fine-tuning, I could be a legitimate point guard at the mid-major, high-major level.”

Montaque said he picked the Pioneers over Palm Beach State and Independence CC. He averaged 21 points and 6.6 rebounds per game.

“The coaching staff liked the way I play and how I shoot the ball and create for others,” Montaque said.

Miami Triple Threat 6-3 guard Klein Alexandre — a 2019 grad of Oxbridge Academy — signed with JuCo Chipola College in Marianna. Chipola is coming off an 18-10 season. Alexandre had interest from Virginia Tech and VCU. …