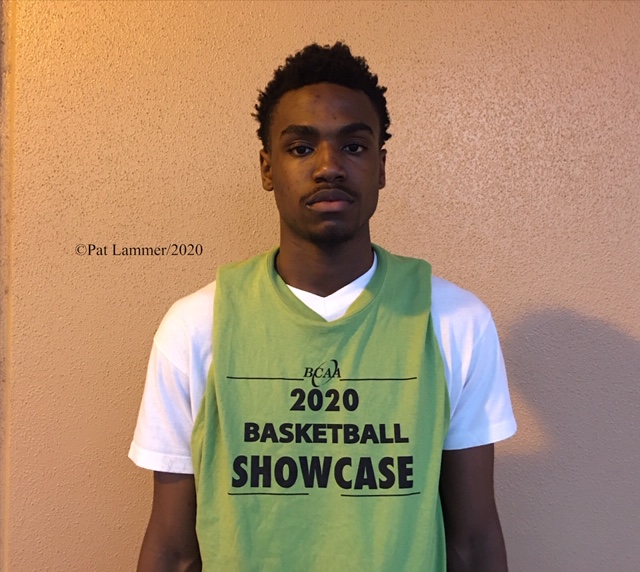 Ujagbor (pictured) posted a double-double (20 points/10 rebounds) in an 81-71 semifinal victory over Naples, before knocking in 13 points with 7 rebounds in a 67-60 loss to Tallahassee Rickards in the title game.

Friday, the 6-foot-6 unsigned senior was at the BCAA’s 2020 Basketball Showcase trying to catch the eye of college recruiters.

“Being at this camp hopefully gets me some looks and [we’ll] see where it takes me,” Ujagbor said at Cypress Bay High School.

Queens University of Charlotte (N.C.), Cornell and Lincoln Memorial have been keeping tabs on Ujagbor. At the state tournament in Lakeland he shot 15 for 19 from the field.

“[NCAA Division II] Queens University of Charlotte, they are pretty determined to get me,” Ujagbor said. “But coronavirus is going around. I was supposed to take a visit next week but I am not able to go there [now because of the pandemic].”

Asked where he made the largest jump this year, Ujagbor said: “Putting in the work before the season obviously paid off. We went 26-3 — the best season for Charter.”

Rockford (Ill.) University’s Jeremy Reigle was one of the college coaches at the event. Reigle is in his first year at D-III Rockford after nine years at NAIA Presentation College in South Dakota.

“I have a young man [Ashton Singleton from John Carroll] on our team right now from Port St. Lucie, Florida,” Reigle said. “I have coached guys from Fort Lauderdale in the past. 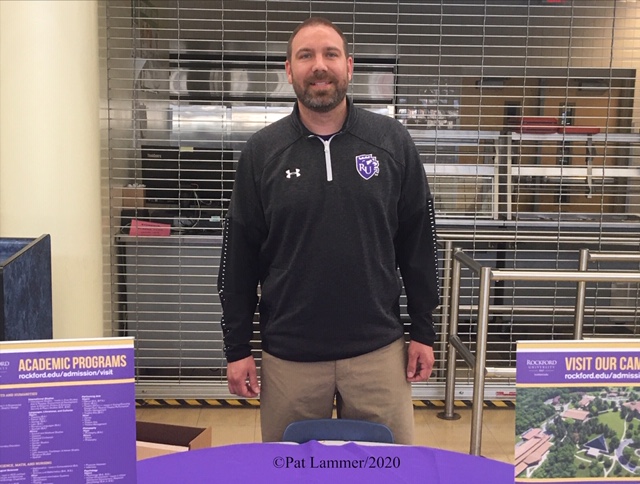 “Wanted to get down here and see if that’s kind of a pipeline — there are no NCAA Division III schools in the state. So we would like to get some of those guys up to the northern Illinois, Chicago-land area. I think we have a really good thing going.”

Reigle said he is looking for quality people, size and athleticism.

“We need to get bigger all around,” he said. “Only have one senior. If I can get three or four guys from down in this area that would be great for us.”

Among other college programs to have coaches at the event: ASA Miami; Castleton University in Vermont; Geneva College in Pennsylvania; Husson University in Maine; Johnson & Wales; Santa Fe College; and UMass Boston.

Senior wing Garrett Anderson had a nice postseason for 18-8 Western. Anderson is a capable scorer — both from the outside or driving it to the hole.

“It was a good run for us,” Anderson said of the FHSAA postseason. “Made it to the regional championship. Just sucks we lost to Miramar.”

Anderson said he is looking to improve his SAT score.

“I am just trying to get anything I can get,” the 6-3 Anderson said. “I really want to play college basketball. I’d play anywhere.”

Chandler Mack, Dillard: The 6-3 Mack has a lot of skills. Soft shot from outside. He rebounds and defends. Played in the state championship game the past two seasons.

Savier McCall, Stranahan: Speaking of winning, McCall has helped Stranahan to back-to-back state titles. He brings a spark to a team. Does a lot of things well: He hits shots when open, good passer & rebounder and will D you up. 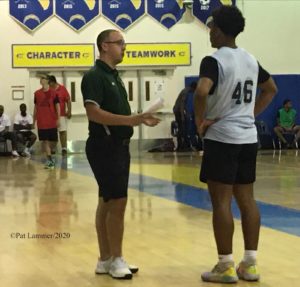 Alex Vertus, Fort Lauderdale High: The Flying L’s guard (above) is looking for that first offer but was in high demand at Cypress Bay. Shooter, with good hands.

The showcase continues on Saturday.