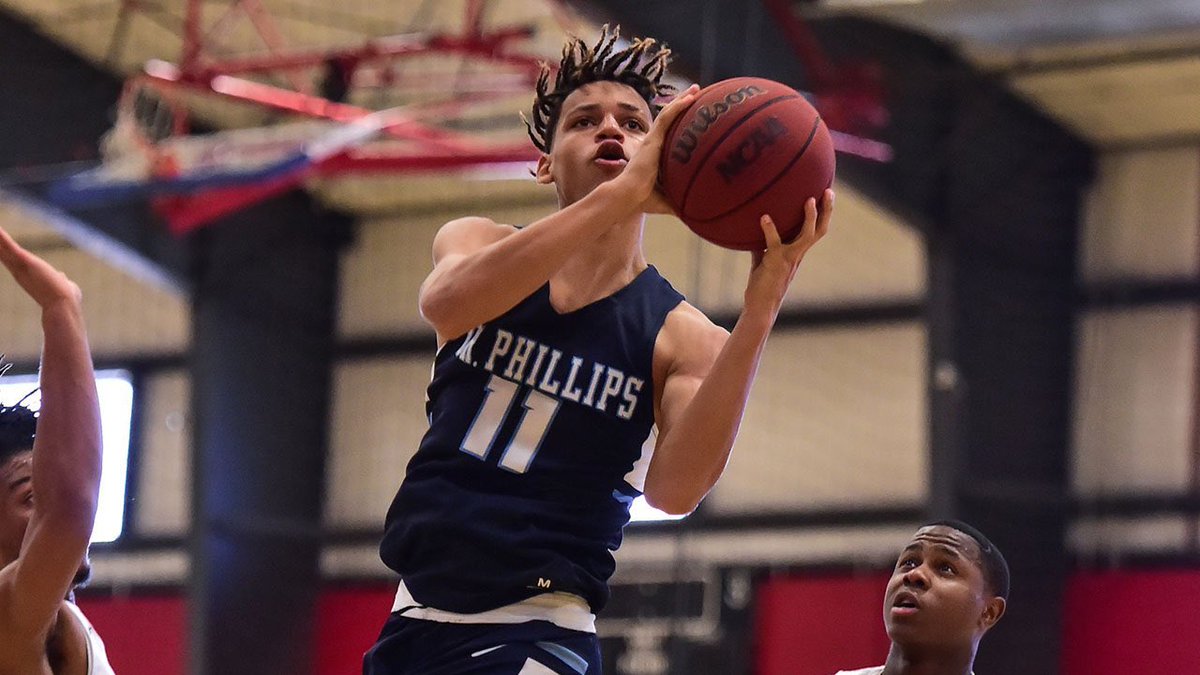 Chalil Cumings, Starke Bradford: The 6’0 sophomore was subtly impressive in the team’s run to the state title in Class 1A.  While Cumings didn’t put up overwhelming numbers, he contributed in a variety of categories.  In the semis, he stuffed the stat sheet to the tune of 8 points, 6 rebounds, 2 assists and 2 steals.  In the title game, he upped those numbers to 10 points, 5 rebounds, 2 assists and 5 steals.  Cumings was efficient from the field, shooting 8-13 (61.5%) from the field over the course of two games.  He always appeared to be under control with the ball and made the right play for more often than not.

Jayden Hastings, Orlando Christian Prep: The 6’9 junior filled a (literally) big role for the two-time state champion Warriors.  His impact on the offensive end mostly came in the form of pursuing offensive rebounds and making himself available to finish plays around the basket when the defense tried to stop penetration.  It was on the defensive end that Hastings made the biggest contribution and not just by blocking shots or challenging opponents in the lane.  He is an excellent communicator when it comes to ball-screens or directing the defense from the low post area.  Hastings showed he can switch out on the perimeter and get back quickly to protect the basket.  While seniors Brown and Lubin got the majority of attention (and deservedly so), Hastings provided many of the necessary ingredients that go toward winning a championship.

Anthony Robinson, Tallahassee Florida State School: The 6’2 junior has impressed us at various stops outside of the high school season.  Running alongside Auburn commit Tre Donaldson, Robinson provided the perfect compliment in terms of skill and savvy.  He notched 13 points, 6 rebounds and 5 assists in the state semis, each one of them important in a three-point win.  In a one-point championship game victory, he stepped up with 19 points, 5 rebounds and 3 steals.  Robinson has the tools to play either guard spot at the next level.  He sees the floor well, makes good decisions with the basketball, is crafty with his dribble and has range past the three-point line.  Opponents found it difficult to contain both Donaldson and Robinson at the same time.  Robinson made them pay when the defense focused on his senior teammate.

Marvel Allen, Fort Lauderdale Calvary Christian: How does a 6’4 junior, five-star prospect merit merely a “supporting role”? Well, when you are tasked with keeping three D-I prospects that stand 6’8 or taller happy by getting them the ball, that becomes your role.  However, Allen did much more than that for the nationally-ranked Eagles.  He was their primary perimeter scorer and spearheaded the defense with his glue-like ability to guard opposing ball-handlers.  At the City of Palms, Allen averaged just over 13 points and 4 rebounds in the four games.  In Lakeland, he led the way with a 16 ppg average.  Committed to LSU until the recent coaching change, Allen is back on the market and will get a lot of recruiting attention this spring and summer.

John Ziegler, Tampa King: The 6’0 junior impressed with his play in helping King reach a regional final.  He is on track to finish as the school’s all-time leading scorer.  Ziegler may not pass the initial “look” test but he finds ways to make good things happen.  He is solid with the ball, takes and makes good shots out to the arc, and isn’t afraid to challenge opponents at the basket.  Ziegler has a knack for coming up with loose balls, either off rebounds or errant passes.  He is solid on the defensive end as well and doesn’t back down from a challenge.  While senior teammate Tony Livingston drew a lot of defensive attention, Ziegler made the most of his opportunities.

Elijah Wyche, Pembroke Pines Charter: Before Pines Charter was upset in the regional final, they were considered as possibly the best team in South Florida, even over the likes of Fort Lauderdale Calvary Christian and Miami Christopher Columbus.  The 6’5 senior Wyche was Charter’s tallest player but his ability to play both inside and outside greatly benefitted the team.  A top-shelf athlete, Wyche was able to get to rebounds before bigger opponents thanks to his quickness off the floor.  He also routinely beat his defender down the floor in transition for easy baskets.  Wyche has a quick first step with the ball and was often found blowing past bigger opponents from the perimeter to score at the basket.  His effective shooting range may not be much more than eighteen feet at this stage, but Wyche’s ability to help space the floor was crucial to Pines Charter’s offensive attack.

Riley Kugel, Orlando Dr. Phillips: A 6’5 senior committed to Mississippi State (for now), Kugel is one of the more naturally talented players in the state.  He’ll gladly score when called upon or challenged but seems just as satisfied to set up teammates for shots.  Kugel led the team in scoring both games in Lakeland.  At the City of Palms, he put up averages of 17 points, 4 assists and 2+ steals per contest.  No question that Kugel would score a ton of points on a team where he was the offensive focus.  However, with two other high-major teammates, Kugel looked to enhance team chemistry and success over stats.

Dillon Mitchell, Montverde Academy: The 6’8 senior was the MVP of the City of Palms Classic and is a key cog in the Eagles bid to win another GEICO championship in a few weeks.  Mitchell is not a “give me the ball and get out of my way” offensive juggernaut.  Nearly all of his points come at the rim, whether it be lobs, offensive rebounds or in transition.  Mitchell is a big-time contributor on the defensive end with his ability to guard multiple positions, block shots, and grab rebounds.  He will fit right in at the University of Texas and their style of play.