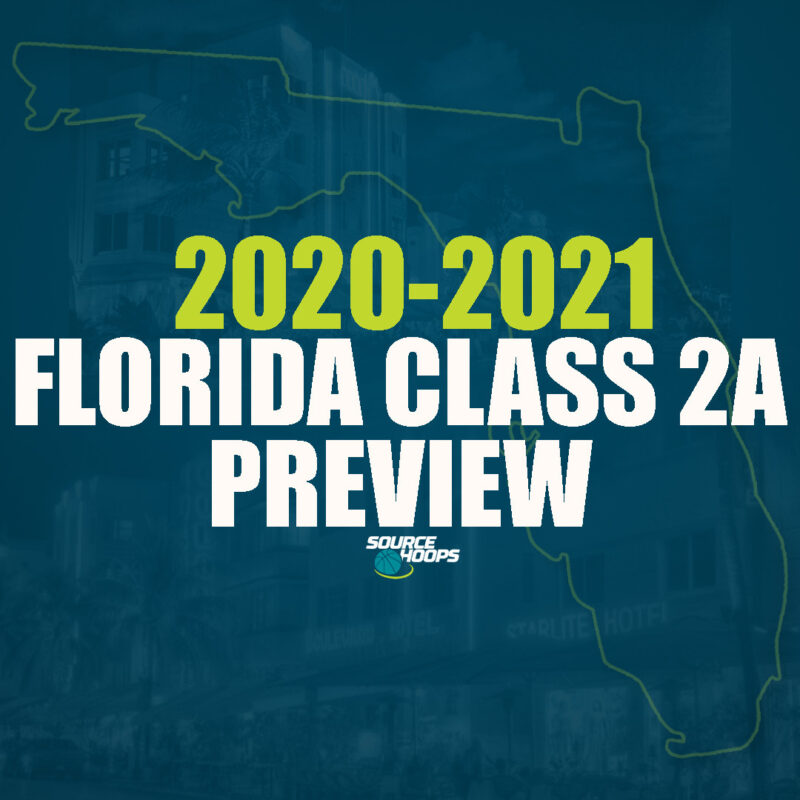 This may sound crazy, but OCP might be the best team in Florida outside of the Montverde/IMG/West Oaks/Central Point quartet.  The Warriors have size in the form of 6’9 sophomore Jayden Hastings, 6’8 senior Cam Easley, 6’7 junior and reigning Class 2A “Mr. Basketball” Ven Allen Lubin, and 6’6 senior transfer Ocypher Owens.  They are just as deep, if not deeper, along the perimeter with 6’3 sophomore K.J. Robinson, 6’0 senior Omar Figueroa, 6’4 junior A.J. Brown, 6’0 freshman Ameer Ramadan, 5’10 senior Josh Blazquez and 6’3 freshman Isaiah Brown.  That is a lot of size, talent, and skill for teams to contend with.  OCP’s toughest games might be their own intra-squad scrimmages.

Impact Christian reached Lakeland last year and despite graduating the all-important Jordin Jackson, the team still has more than enough to make a return trip.  The frontcourt trio of 6’6 senior Ivan Lawson, 6’5 senior Calvin Johnson, and 6’6 junior Kelvin Johnson bring consistent energy, effort and production to the floor.  Guard play will be key but after viewing Impact a couple of times this fall, it should be OK.  Impact will get plenty of challenge from the likes of neighboring North Florida Educational Institute as well as Tally FAMU, St. John Paul II and Munroe.  Likewise, Bayshore Christian will be looking to return to Lakeland.  The backcourt of Charles Crews and Deon Brown is a dynamic combo and will look to carry the team once again.  Fort Myers Evangelical Christian will arguably by Bayshore’s main roadblock.  In region four, it is a real toss-up between Hialeah Champagnat and Boca Raton Grandview Prep.  Each lost important pieces to graduation and transfer but we’ll take chance on Champagnat.  Cheikh Sadibou, a 6’8 sophomore, gets better everyday and should be the key player to get Champagnat thru regional play.

As already mentioned, Lubin was named “Mr. Basketball” for Class 2A last year as a sophomore.  His overall game has been impressive when viewed during the fall and summer.  He relentless on the boards at both ends, scores well around the basket, runs the floor, and is an established perimeter threat.  Lubin’s most likely challenger for this honor is teammate A.J. Brown.  The 6’4 junior had several stellar outings this summer and fall.

Brown and Crews have proven to be dynamic scorers, though they go about it in slightly different ways.  Brown tends to challenge defenders to stop him from getting to the basket while Crews prefers to drop bombs from the perimeter.  Johnson has a nose for the ball, is tenacious on the glass, and has improved his perimeter skills.  Jones, at 6’6, plays inside for Evangelical most of the time but he has good ball-skills and a respectable perimeter shot.

Returning five of last season’s top seven scorers, we think Munroe can take the next step.  Marco Atkins, a 6’0 senior and Cameron Stinson, a 5’10 junior both averaged twelve points a contest last year.  Deon Conyers, a 5’10 junior, added eleven points a game in 2019-2020.

A 5’10 senior, Bryant is a strong guard with high levels of speed and quickness.  It is very difficult to keep him from the hoop and he is also a lethal threat from the perimeter.  Bryant generally makes good pass vs. shot decisions when driving to the basket and generates a lot of open shots for teammates.  He is a tough on-ball defender thanks to his physical gifts.