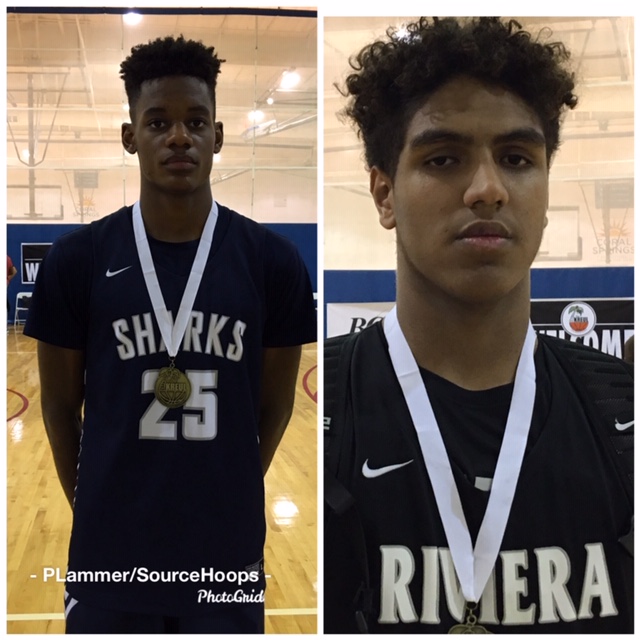 Davie University School sophomore Taylor Hendricks landed an offer from Wake Forest out of the ACC.

Associate head coach Rex Walters offered the 6-foot-8 Hendricks, who backed up Duke star Vernon Carey as a freshman and starts for coach Ron Oliver as a 10th-grader.

Hendricks scored 12 points in the Sharks’ most-recent outing, a 64-60 loss to Deerfield Beach on Saturday evening at the Kreul Classic in Coral Springs. He was named to the all-tournament team.

Two-time defending state champion U-School won its first seven games of the season but dropped a pair at the Kreul to Deerfield and highly-touted Mountain Brook, a three-time defending 7A state champ in Alabama. Both losses came with 2022 guard Jett Howard sidelined by an ankle injury.

Hendricks is averaging in double-digits but also excels at protecting the rim. He is averaging almost 3 blocks a game and a couple steals.

Middlebrooks posted a double-double (21 points, 21 rebounds) Saturday during a 68-33 rout of Hollywood McArthur to earn MVP honors in the AF Best bracket at the Kreul.

Westminster — the three-time defending state champions — has started slow at 4-3 but the losses have been to University School, Stranahan and Chaminade-Madonna.

In talking about the progress he has made, Middlebrooks said: “I’m trying to really work on everything. It’s just a completely different team this year, so we’re just trying to figure out how to play together.”

Middlebrooks is a monster on the boards and at protecting the rim. He is working with a trainer on his outside shooting. He said in narrowing down potential colleges he would like to go somewhere where he is allowed to play both outside and inside.

“FSU, Florida, Iowa State, Wake Forest are my big ones,” Middlebrooks said of his scholarship offers. He added is also talking to Memphis a lot.

Middlebrooks plays for the Florida Vipers on the travel circuit.

Osmar Garcia-Araujo may be just a ninth-grader but the Miami Riviera Prep standout continues to impress in big moments.

Garcia-Araujo put up 24 points vs. both Boyd Anderson and North Miami at the Kreul. Coach Anthony Shahbaz says he has an offer from the University of South Florida and interest from Memphis, Miami and Florida State.

“They want to see the small things,” Shahbaz said of the college coaches. “Can he dominate from the beginning?”

Garcia-Araujo has grown an inch and a half and is now 6-7.

Riviera Prep (11-2) teammate David Perez tells me he will wait until March to decide on a college. Among the schools the 6-2 senior guard is looking at are Barry, Brandeis, Nova Southeastern, Stevenson, Stony Brook,  Washington U., Williams and several Ivy League programs.

Boca St. Andrew’s forward Josh Minott is off to a fast start his junior season, averaging 15.1 points and 7.7 rebounds for the 8-2 Scots. He earned all-tournament honors at the Kreul as St. Andrew’s finished runner-up to Boyd Anderson in a three-overtime affair.

“Josh has created an amazing amount of interest,” Scots coach John O’Connell said. “Virginia Tech, Memphis, UCF all have been in the gym in the past week.”